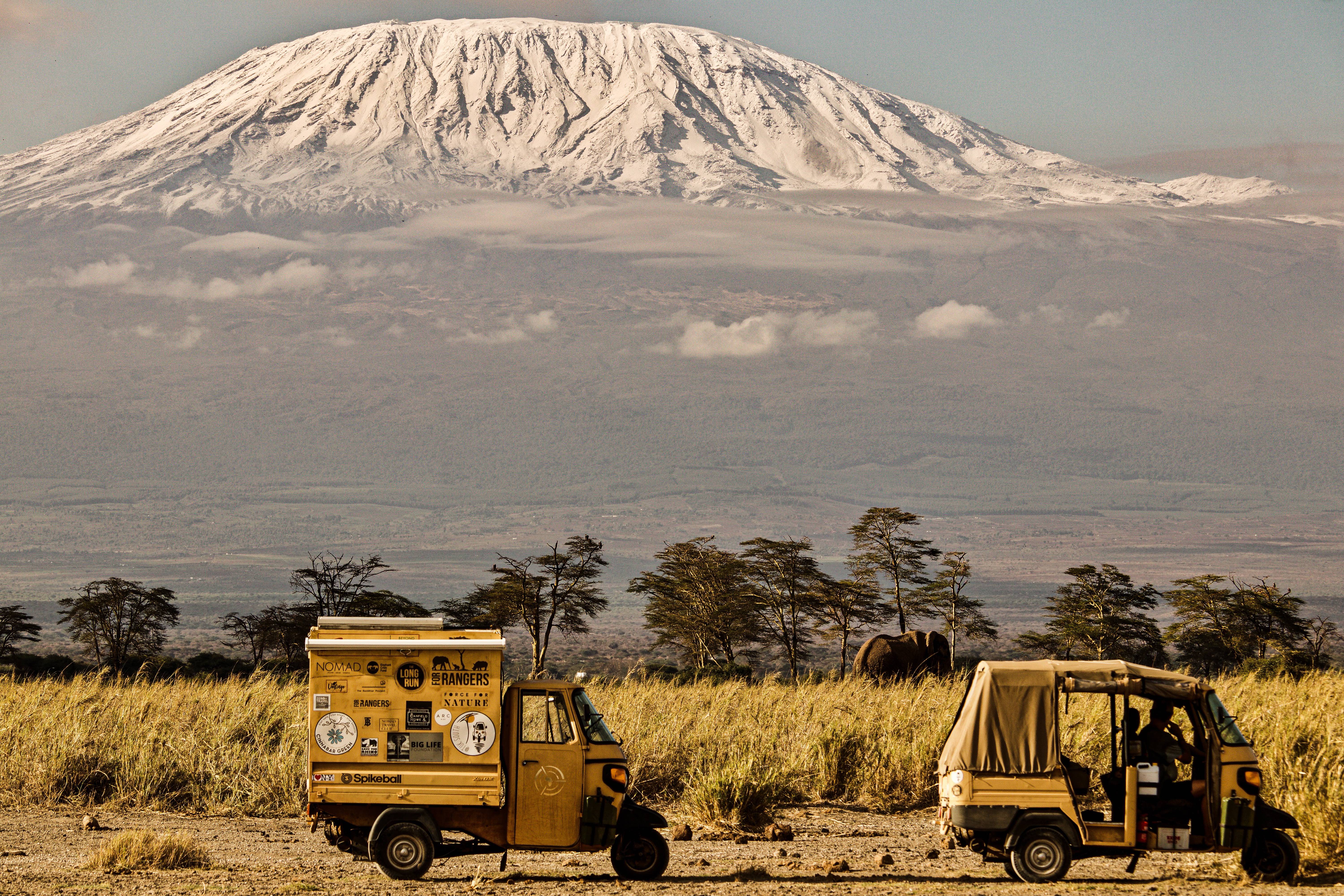 From Kenya to Cape Town

Donate to For Rangers
Help our Tuk Tuks

Hi! Greetings from all of us here at Tuk South productions (Robbie, Josh, Jasper & Ivo). Are we a real production company? No. Have we made a documentary before? No. Are we ill prepared to drive a Tuk-Tuk from the equator to Cape Town?… No more questions.

Having spent time making videos in some of Kenya’s incredible wild spaces we realised the people protecting these spaces were struggling. The Rangers. These heroes help maintain the balance between communities and wildlife but as the tourism industry has taken a hit due to the pandemic, so has their funding.

Armed with only filming equipment and a microphone, how could we help? The answer was clear. Spend the last of our savings on two tuk-tuks, cover them in sponsorship stickers and make a documentary driving from Kenya to Cape Town in these ridiculous machines.

Founded in Nanyuki, Kenya,  Tuk South is all about the spirit, grit and freedom of sustainable adventure travel. Armed with two Piaggio Tuk Tuks we are currently a few thousand kilometres into a spine tingling trans-African expedition, which will take us from the equator of Kenya, to the southernmost tip of the continent; Cape Agulhas. Along the road to the Cape we will be wrestling our three-wheeled friends through some of the harshest environments Sub-Saharan Africa has to offer; ranging from the tropical cyclones of Mozambique, to the parched moonscapes of the Kalahari desert. Already 8,000km into this epic odyssey we have successfully conquered; alluvial mudflats, larval plains, salt pans and the infamous tsetse belts of southern Tanzania. This has been a high octane adventure from the get go and the tempo certainly isn’t slowing down.

When we do eventually reach our African destination, we really  don’t plan to stop, so, funds permitting, we hope to plunge across the Atlantic ocean and continue on the adventure, on our sister continent of the Americas. Stage 2 of the expedition will entail spurring our noble steeds from the southern lands of Patagonia, to the limits of the Arctic Circle in the far North.

Throughout our travels we will be documenting the thrills and spills, using professional grade videography equipment. Short clips from this will be shared on all of our social media platforms (160k followers combined). The final edit for this footage will be used to create a short documentary style film of our experience.

One of the main goals of our current expedition is to raise money and exposure for wildlife rangers. These men and women are at the forefront of the fight for the preservation of Africa’s remaining wild spaces and have come under intense pressure as a result of the coronavirus pandemic. Tuk South is honoured to be working alongside the grassroots, For Rangers charity to try to achieve this goal.

How can you help?

Rangers risk their lives every day protecting Africa’s communities and wildlife. We’ve teamed up with the charity For Rangers who dedicate their lives to raising money and support for Africa’s rangers. 100% of donations to our Just Giving site will be donated to “For Rangers”, these would be greatly appreciated by the rangers tasked with protecting Africas remaining wild spaces.

If you’d like a side-car seat on our adventure then sign up to one of our social media channels and if you’d like to give the chaos a helping shove, we’d be ever grateful for a donation via our Tuk-tuk Fund, which will ensure the wheels stay on and the fuel tank is replenished.

Born and raised in Laikipia, Kenya with his younger brother Ivo, Jasper enjoyed work as a professional sculptor before Tuk South, spending the majority of his mid twenties traveling the world with money made from exhibitions. One of the founders of Tuk South, Jasper is responsible for all of the aerial artistry you will encounter in any Tuk South production and his critical artists eye is invaluable for the video editing process.

Growing up in Kenya alongside Jasper, Ivo was imbued with a love for the natural world and its myriad wonders from a young age, He was just finishing a degree in Biology at the University of Bristol when Covid forced him home to a life tutoring science and maths to children from the local community.  Another founding member, Ivo is a cameraman and is also responsible for all of the modifications seen on the Tuk Tuks; in particular, Tuk Kitchen. Ivo also has the unenviable responsibility of keeping the wheels on the machines as they journey south, running maintenance and the frequent repairs required on the Tuk Tuks.

The only foreign member of our team, Josh grew up in Chester, England. Having met Jasper at University in Manchester, Josh moved out to Indonesia to join Jasper working as a guest relation manager on several Indonesian islands. Lockdown trapped Josh on these islands and he turned to video creation to stave off the castaway madness. Another founding member, Josh bought valuable experience in video creation to the team and was integral in the formation of the Tuk South Production crew. Josh is responsible for much of the dynamic camera work, while also being one of the main editors of the team.

Born in Kenya, Robbie spent his early life growing up in various parts of the African wilderness, from Kenya to Namibia to Botswana and finally back to Kenya. A long time friend of Jasper and Ivo’s, Robbie was enjoying life as an apprentice builder in Laikipia, when he was called up to join in the Tuk South Expedition to South Africa. Robbie is the chief sound technician of the expedition and you will often see him in the early hours of the morning, armed with nothing but a microphone, stalking off into the bush to record the sound of some exotic bird that has caught his fancy.

Tuk South in the News